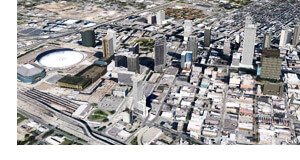 Rome, Arata and Baxley is proud to protect the the rights of New Orleans area railroad workers. We have successfully handled railroad injury cases in Orleans and Jefferson and other surrounding parishes against Kansas City Southern, Amtrak and Union Pacific, CSX Transportation, Canadian Northern and Illinois Central, Norfolk Southern and the New Orleans Public Belt Railroad

We are extremely proud of the results we have achieved for our New Orleans area clients. The New Orleans area railroads recognize our name and know that it means that the injured worker is represented by one of the best FELA attorneys in the country. Please feel free to ask us for a referral and we will put you in contact with one or several of our satisfied FELA clients from New Orleans or the surrounding areas.

Orleans and Jefferson Parishes as Venues

The jurors and population of New Orleans reflect its status as a popular international tourist destination and major port city. New Orleans is home to one of the largest and busiest ports in the world. The Port of New Orleans is the 5th-largest port in the United States based on volume of cargo handled and along with the nearby Port of South Louisiana it forms the 4th-largest port system in the world by volume handled. New Orleans is a also center for higher learning, with over 50,000 students enrolled in the region's eleven two- and four-year degree granting institutions. A top 50 research university, Tulane University, is located in New Orleans' Uptown neighborhood. The New Orleans region also accounts for a significant portion of the nation's oil refining and petrochemical production including 17 petroleum refineries with a combined crude oil distillation capacity of nearly 2.8 million barrels per day, the second highest in the nation after Texas.

The large presence of railroads in Greater New Orleans give jurors in the New Orleans area a unique perspective on railroads. Residents of the Marigny and Bywater drive over the New Orleans Public Belt railroad tracks on a daily basis. The Amtrak terminal is within blocks of the Superdome. CSX’s Gentilly Yard is well known to residents of New Orleans East. Residents of the West Bank are familiar with Union Pacific’s large switching yard in Avondale. Even Canal Street and St. Charles have railroad tracks for the Streetcars. Getting a close up view of the work involved in moving freight and passengers by rail familiarizes people in Greater New Orleans with the dangers of railroad work and the importance of railroad safety. These personal experiences that many people in New Orleans have with railroads can be very important in any case where the railroad has put profit before safety.

With the strategic benefits of both a major international port and one of the few double-track Mississippi River crossings, the city is served by six of the seven Class I railroads in North America and the New Orleans Public Belt Railroad provides interchange services between the railroads. Passenger rail service is of course provided by Amtrak, the national passenger railroad.

KCS is a Class I railroad that has historically connected Northern markets to the port cities on the Gulf of Mexico, like New Orleans. KCS operates two major railyards in the New Orleans area. In the New Orleans area, KCS stores and makes outbound trains in West Yard off Airline Highway. They also operate a yard in Norco and operate and store empties in nearby Reserve.

Union Pacific Railroad is a Class I railroad that is the corporate heir to the Southern Pacific and Missouri Pacific railroad systems among others. As such they have been operating railroads in New Orleans since before the turn of the last century. Residents of the West Bank are familiar with Union Pacific’s large switching yard in Avondale.

CN is the largest railroad in Canada, and is currently Canada's only transcontinental railroad company, spanning Canada from the Atlantic coast in Nova Scotia to the Pacific coast in British Columbia. CN purchased the Illinois Central in 1998 to give it extensive trackage in the central United States along the Mississippi River valley from the Great Lakes to the Gulf of Mexico and New Orleans.

CSX is a Class I railroad that owns approximately 21,000 miles of railroad track and connects New Orleans to the East Coast and Midwest of the United States and the Canadian provinces of Ontario and Quebec. Gentilly Yard located in New Orleans East is well known to residents on the other side of the high rise.

The New Orleans Public Belt Railroad is a non-profit terminal switching railroad, owned by the City of New Orleans. It connects with six Class I railroads serving the city, and provides switching and haulage service. It is estimated that 1/3 of the United State's east-west rail freight crosses the Mississippi on the Huey P. Long Bridge segment of the railroad. The Huey P. Long bridge is a dual use bridge that carries both automobiles and trains across the Mississippi. In fact, it is one of the few double track railroad crossings of the Mississippi River.