Bristol Alan Baxley began practicing railroad law soon after he graduated from the University of Texas, School of Law. He is a member of the Academy of Rail Labor Attorneys.

Bristol got his start representing railroad workers in 1994. He soon became one of the youngest attorneys ever to win a million dollar verdict against a class 1 railroad.

In 2001, Bristol joined Perrin Rome and Blake Arata to form an unsurpassed team of three trial-tested FELA attorneys. Since then, Rome Arata and Baxley has become a name recognized by railroads across the United States as one of the best FELA law firms in country. 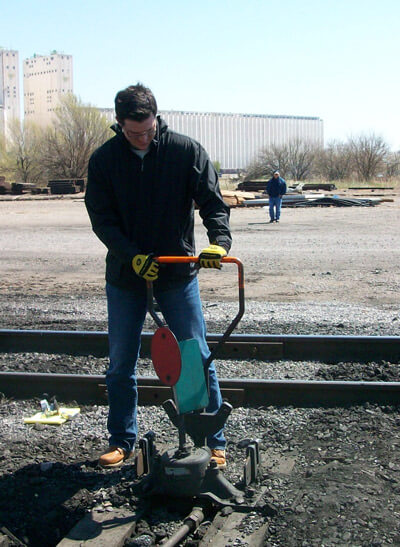 Bristol has always prided himself on fighting hard at trial to obtain a fair verdict. Bristol vigorously works on EACH case to MAXIMIZE his client's recovery. Working hard to be a top notch trial lawyer is important because railroad attorneys and claim agents tend to pay top value to an injured railroad employee only when they know the worker’s attorney is willing and able to go to trial and win.

Bristol is the managing attorney in the Texas office of Rome, Arata and Baxley. While at RAB, Bristol has handled numerous claims for injured railroad employees not only in Texas and Louisiana, but also in Arkansas, Oklahoma, Mississippi and throughout the USA. He has continued to work hard to excel in the courtroom and in maximizing settlements for injured railroad employees.

Bristol lives in Houston with his wife and two daughters. He enjoys playing basketball, traveling, exercising and watching football.